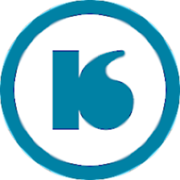 In 1999, Dr. Isom earned his medical degree from Des Moines University. After completing an Obstetrics and Gynecology internship in 2000, Dr. Isom continued his education at Brooke Army Medical Center and Wilford Hall Medical Center in San Antonio, Texas to complete his residency. Dr.Isom is a member of the American College of Obstetricians and Gynecologists, American Medical Association, Texas Medical Association, Texas Association of Obstetrics and Gynecology and Harris County Medical Society. Dr. Isom served 20 years in the Army and was appointed surgeon during his one-year assignment in Iraq. He was appointed Chief of Gynecology at Carl R. Darnall Army Medical Center, where he cared for numerous members of the military services and their spouses. Dr. Isom enjoys spending time with his wife and three children. When he is not caring for patients, he also enjoys playing the saxophone, jogging, grilling and playing golf.
A personal message from Matthew Isom, DO, FACOG

Share your experiences at Matthew Isom, DO, FACOG with your friends or discover more Hospitals in Katy, TX, United States.

Health and Medical nearby